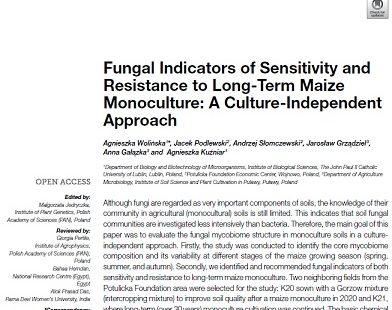 Although fungi are regarded as very important components of soils, the knowledge of their community in agricultural (monocultural) soils is still limited. This indicates that soil fungal communities are investigated less intensively than bacteria. Therefore, the main goal of this paper was to evaluate the fungal mycobiome structure in monoculture soils in a culture-independent approach. Firstly, the study was conducted to identify the core mycobiome composition and its variability at different stages of the maize growing season (spring, summer, and autumn). Secondly, we identified and recommended fungal indicators of both sensitivity and resistance to long-term maize monoculture. Two neighboring fields from the Potulicka Foundation area were selected for the study: K20 sown with a Gorzow mixture (intercropping mixture) to improve soil quality after a maize monoculture in 2020 and K21, where long-term (over 30 years) monoculture cultivation was continued. The basic chemical features [acidity, redox potential, total organic carbon (TOC), and moisture] of soils were determined, fungal genetic diversity was assessed by ITS next generation sequencing (NGS) analyses, and biodiversity indices were calculated. The results of the NGS technique facilitated recognition and classification of the fungal mycobiome to the taxonomic genus level and changes in the fungal structure in the three periods (spring, summer, and autumn) were assessed. It was evidenced that the mycobiome composition was dependent on both the seasons and the agricultural practices. It was also found that even a 1-year break in the monoculture in favor of an intercropping mixture improved soil properties thus contributing to higher biodiversity. Mortierella was recommended as a potential indicator of sensitivity to long-term maize cultivation, whereas Solicoccozyma and Exophiala were proposed as indicators of resistance to long-term maize cultivation. We proved that the precision farming principles applied on the Potulicka Foundation farm had a very positive effect on fungal biodiversity, which was high even in the long-term maize monoculture field. Therefore, the monoculture cultivation carried out in this way does not induce biological degradation of monoculture soils but preserves their good biological quality.
Nowa publikacja w Frontiers in Microbiology 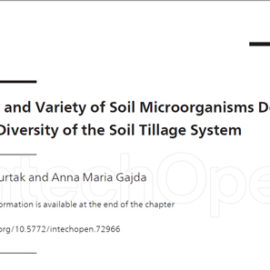 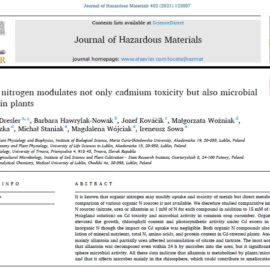 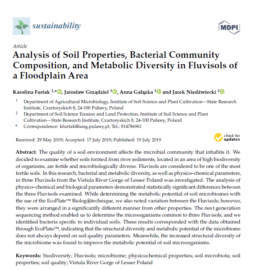