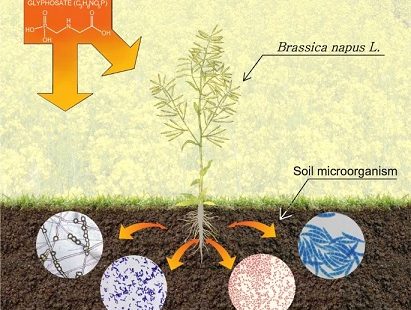 The use of glyphosate in agriculture raises a lot of controversy because research concerning its impact on the soil provides contradictory information. However, despite these negative opinions, glyphosate is still used in agricultural practice. Therefore, for a more complete assessment, the authors carried out research using traditional microbiological methods and a modern method of metabolic profile analysis in glyphosate-treated soil.

The study was carried out on the soil witch was sown with six cultivars of rapeseed. Seven days before harvest, the plants were sprayed with the herbicide. The analyses consisted in determining the number of selected groups of microorganisms, biochemical and enzymatic activity, and differentiation of the catabolic potential of soil microbial communities.

The results showed significant changes in the analyzed parameters. Respiratory activity and ammonification processes were stimulated in the treatments with rapeseed cultivation treated with the herbicide. Changes in the enzymatic activity were generally positive. The EcoPlate assessment of microbial community catabolism showed that the highest activity was recorded in the soil sown with the cultivars Belinda, Tamarin, and Sw svinto. Concurrently, these soils were characterized by the highest correlations between rapeseed cultivar and metabolic activity.

Cultivation of specific plant varieties that reduce the negative effect of herbicides used in agriculture may be one of the methods to prevent soil degradation. In our research, Belinda turned out to be a cultivar, under the cultivation of which an increase in the activity of microorganisms was recorded most frequently compared to soil not sown with rapeseed. 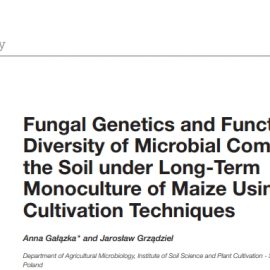 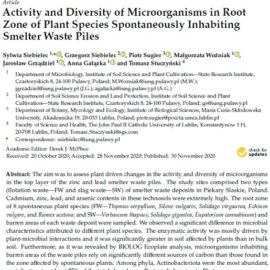