In 2014-2016, eleven commercial winter wheat cultivars, released between 2008 and 2011, were organically grown in a field experiment at Osiny Experimental Station (51°28′N, 22°30′E). Each year in the first or second ten days of May, samples of rhizosphere soil were analyzed for numbers of colony forming units (CFU) of phosphate solubilizing microorganisms (PSM) and for acid (AcP) and alkaline phosphatase (AlP) activities. At the same sampling days in the May of each year, winter wheat tillers at shooting (GS 35-40) were collected to determine the total P content in plant tissues, while grain yields were measured at full ripeness of winter wheat. Relationships between the microbial and enzymatic parameters, wheat grain yields and plant P content were also analyzed. Under organic farming the tested winter wheat cultivars differed markedly with respect to their grain yields and P acquisition in particular years, although none of these cultivars showed superior performance across all years. In 2014, significant correlations were found to occur between CFU numbers of PSM and activities of alkaline phosphatase (AlP), between grain yields and AlP activities and between plant P content and PSM numbers. In 2015 and 2016, significant correlations, r = 0.611 and r = 0.630 respectively, were found only between the CFU numbers of PSM and grain yields of the examined cultivars, indicating that phosphate solubilizing microorganisms and their activity can play an important role in the performance of winter wheat cultivars under organic farming. 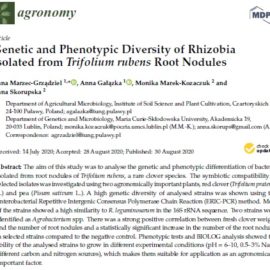 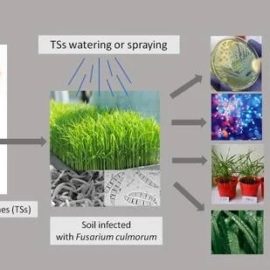 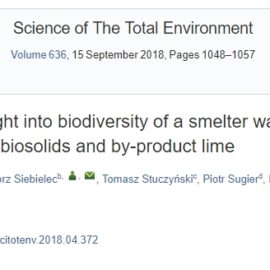